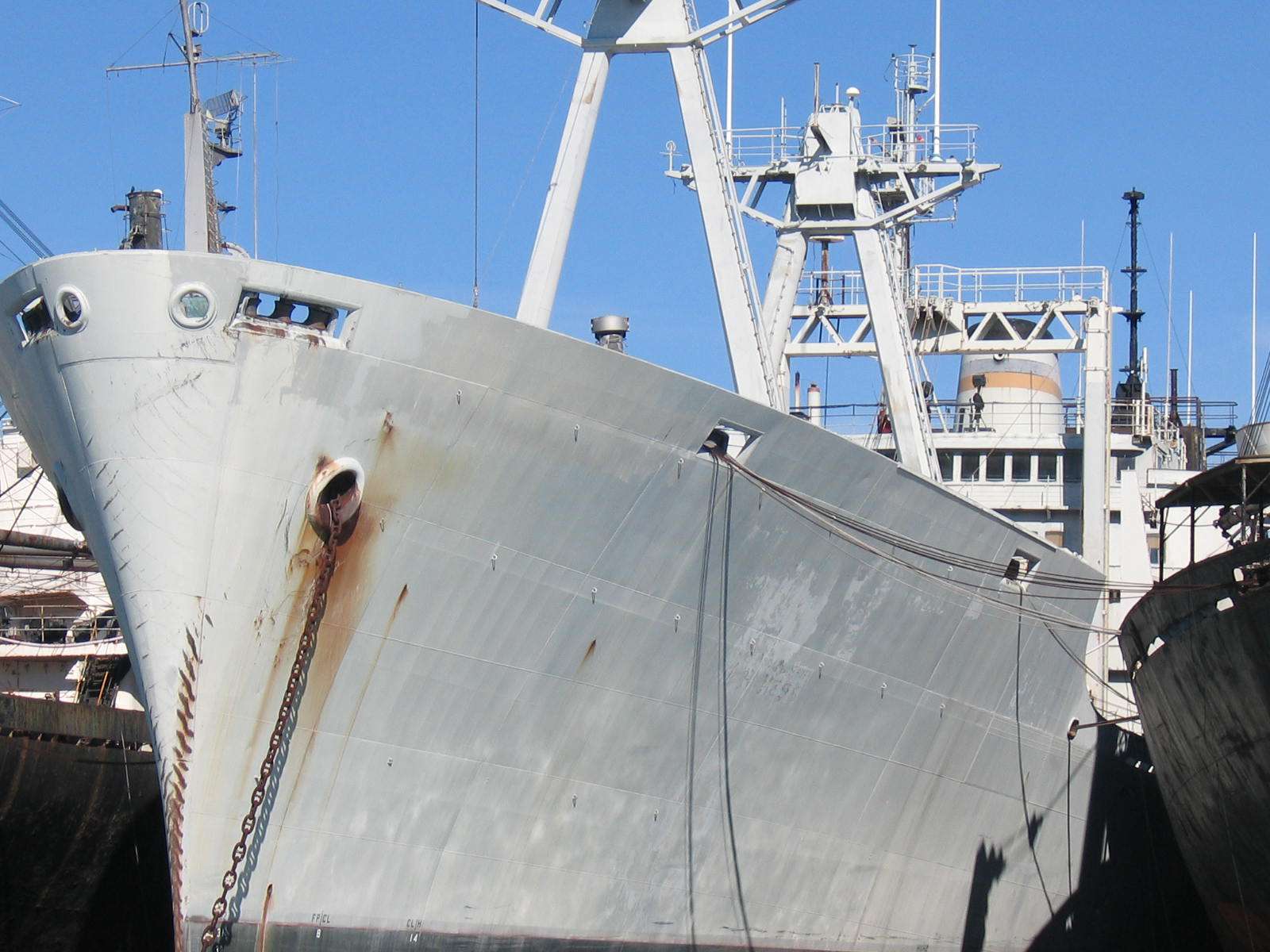 
The former naval oceanographic research ship H. H. Hess was originally built as the general cargo ship Canada Mail for the American Mail Line in 1965. The ship was constructed by the National Steel and Shipbuilding Company in San Diego, and launched on May 30, 1964.

Canada Mail was the fifth of a series of vessels built to replace the line’s World War II-era tonnage.  It was placed into service in March 1965. American Mail Line operated between the Pacific Northwest and ports in Japan, Korea, Taiwan, Okinawa, the Philippines, Hong Kong, and Vietnam.  Cargoes bound for the East Asia were usually loaded in Vancouver, British Columbia; Seattle, Tacoma, and Longview, Washington; and Portland, Oregon.

Canada Mail was built as the containerization revolution was still getting underway.  Aside from possible stowage on deck, no provision was made in its design for the transport of standardized cargo containers, and it remained a purely break-bulk cargo ship while in commercial service.

In December 1973 the ship was briefly chartered by the Navy’s Military Sealift Command (MSC).  In 1974 it was “traded in” to the Maritime Administration and placed in the Reserve Fleet in Suisun Bay, California.

Two years later Canada Mail was acquired by MSC for conversion to an oceanographic research ship.  The alterations were largely internal and below the waterline.  Outwardly, the vessel appeared little changed.

The vessel was renamed the USNS H. H. Hess after a scientist in the field of oceanography, and designated T-AGS-38.  The ship’s new role was deep ocean research.  It was expected to stay at sea underway for as long as 34 days, charting the ocean’s topography and other features using multi-beam sonar.

Much of this work was done in support of the Trident Fleet Ballistic Missile Submarine Program.  The Hess served the Navy for nearly 20 years.

In 1992, Hess was removed from service and placed in the Suisun Bay Reserve Fleet.  The ship was declared non-retention in 1994. The Hess was put under disposal contract and dismantled on September 1, 2011. 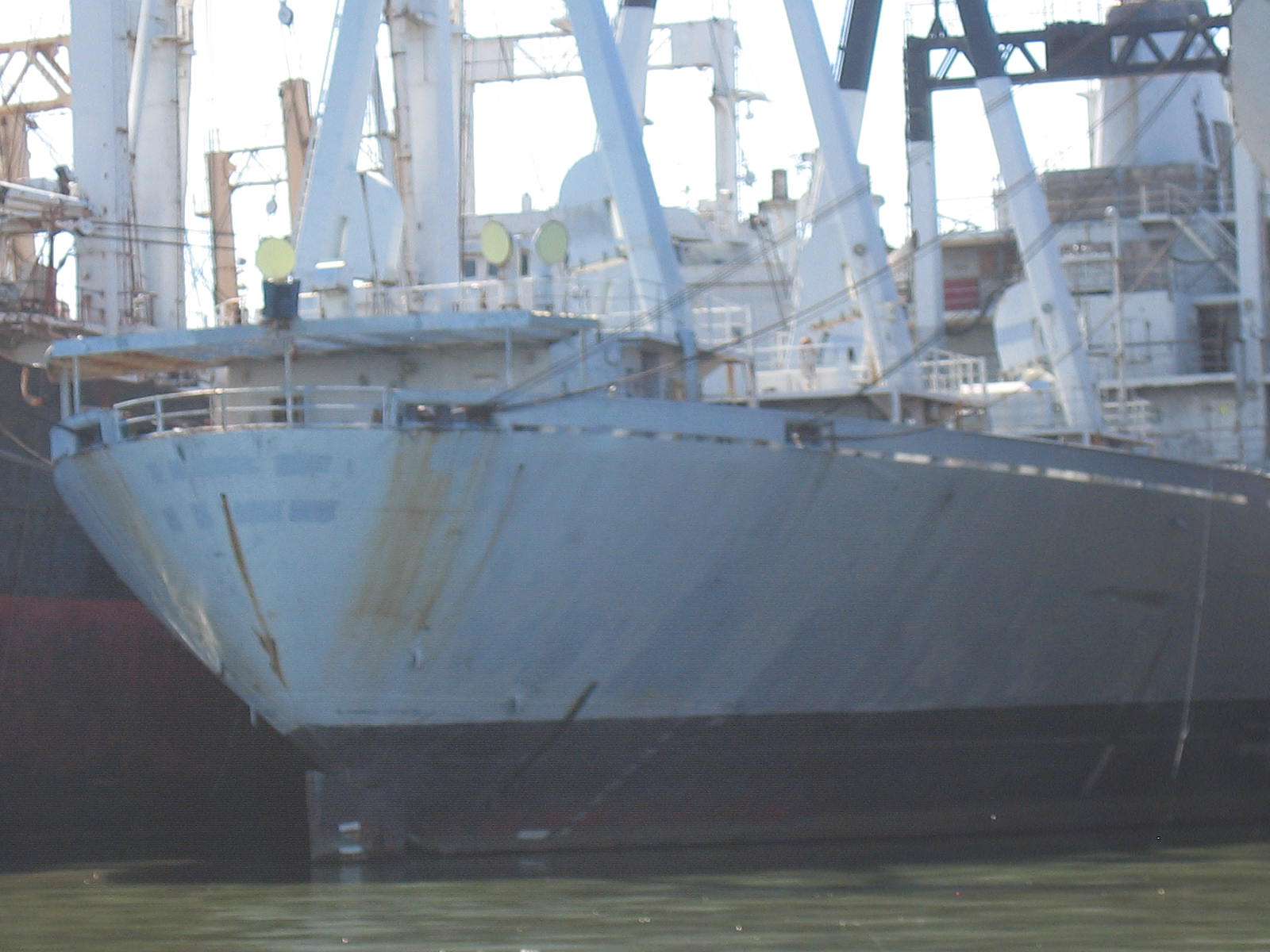 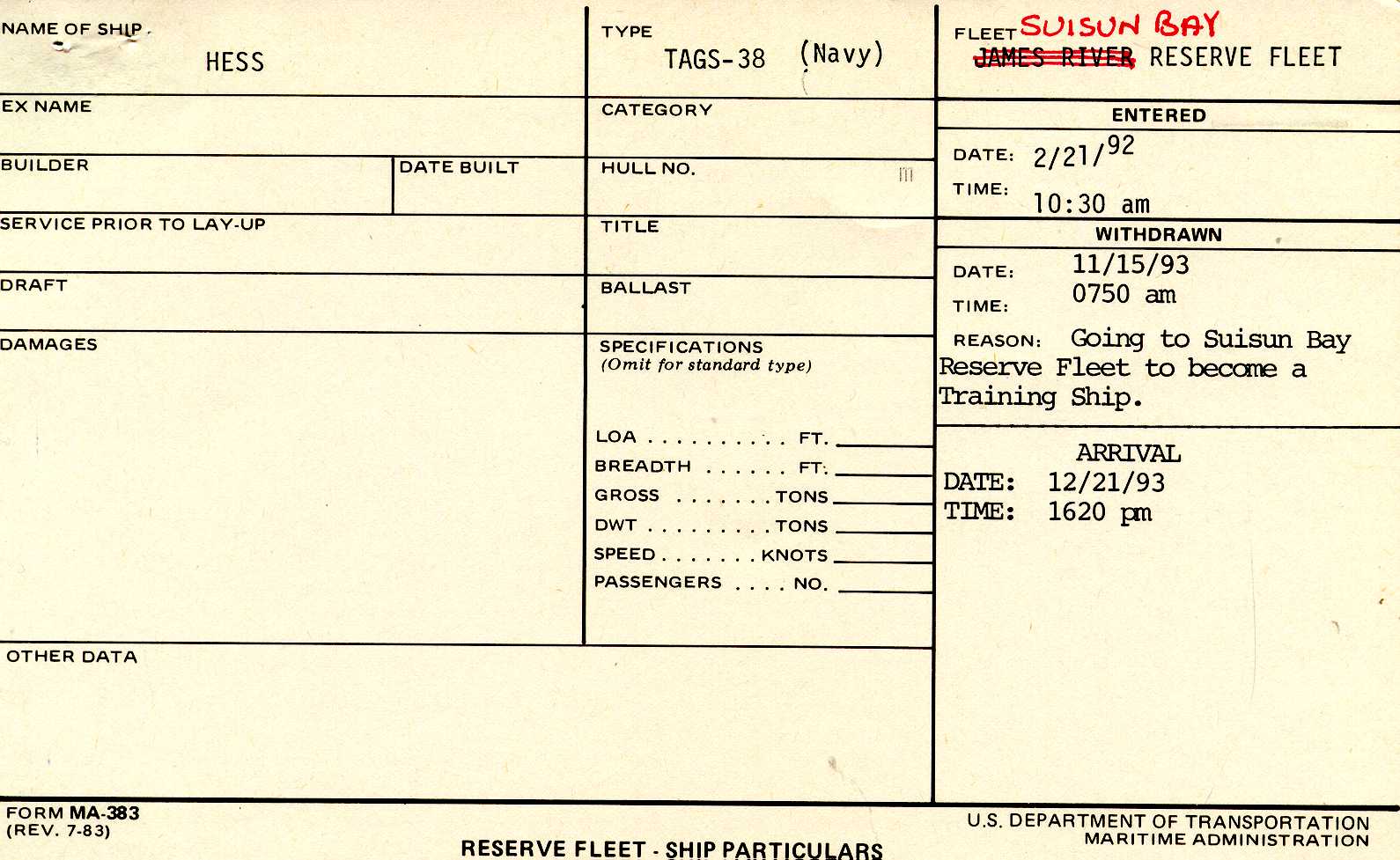 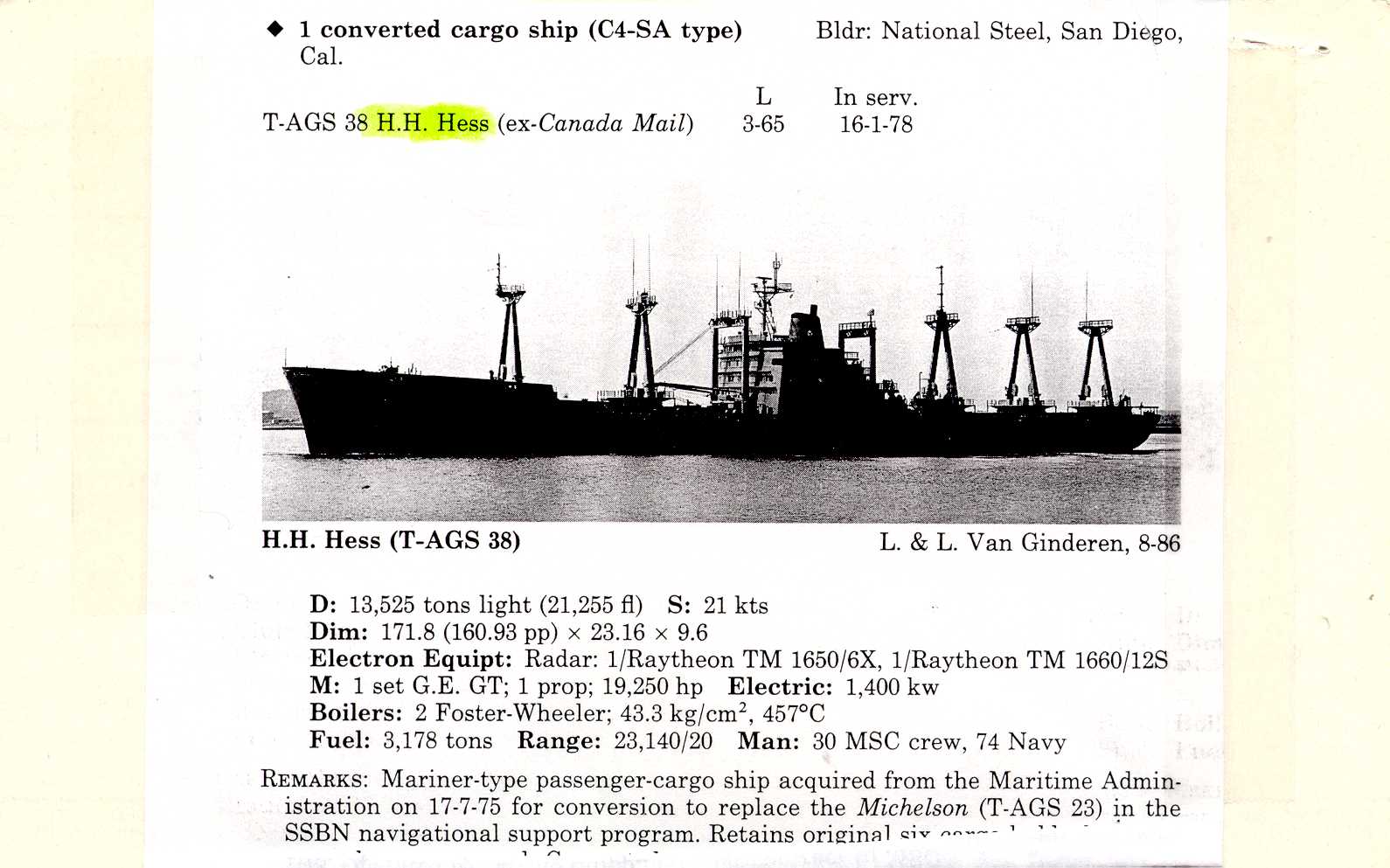 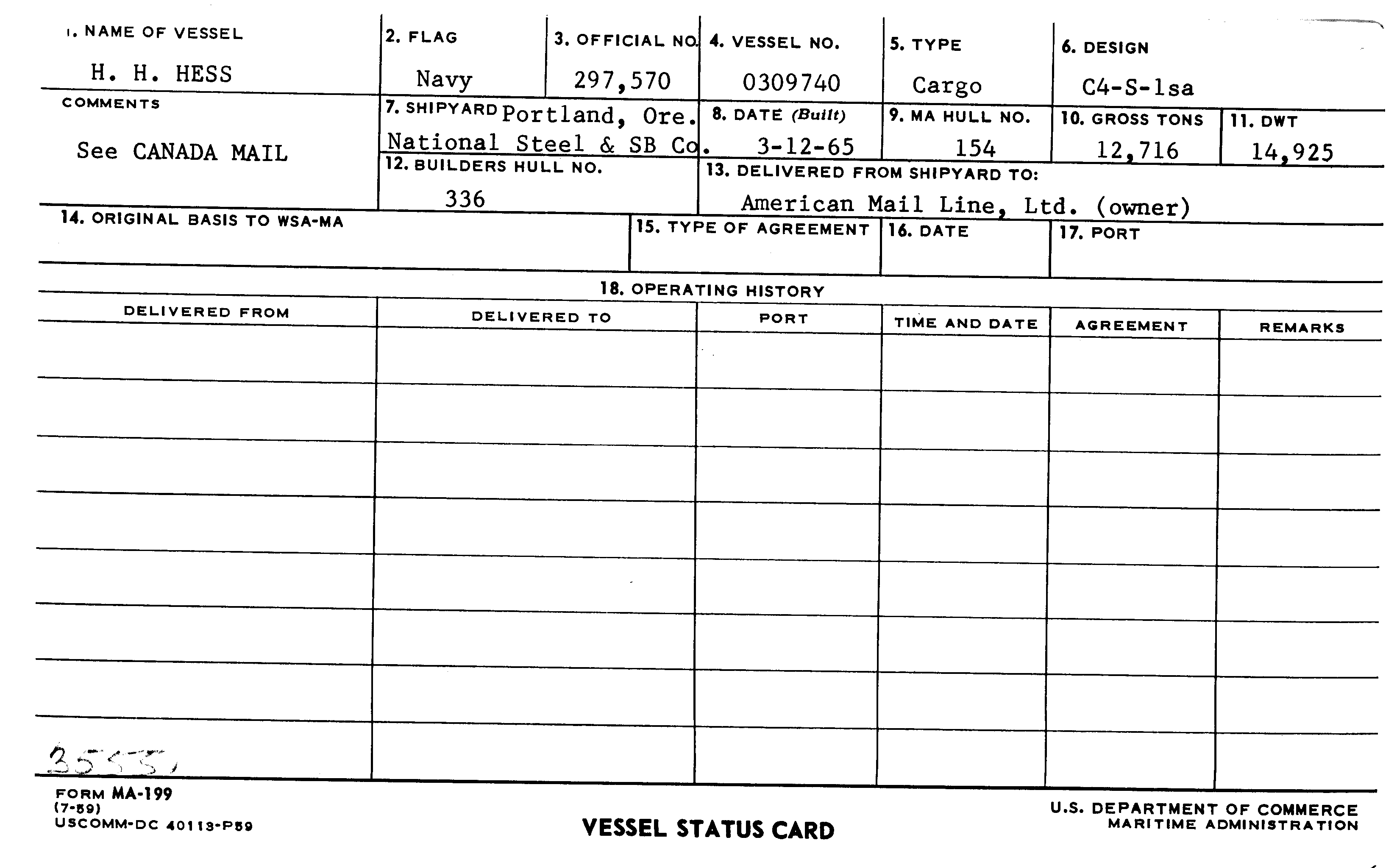 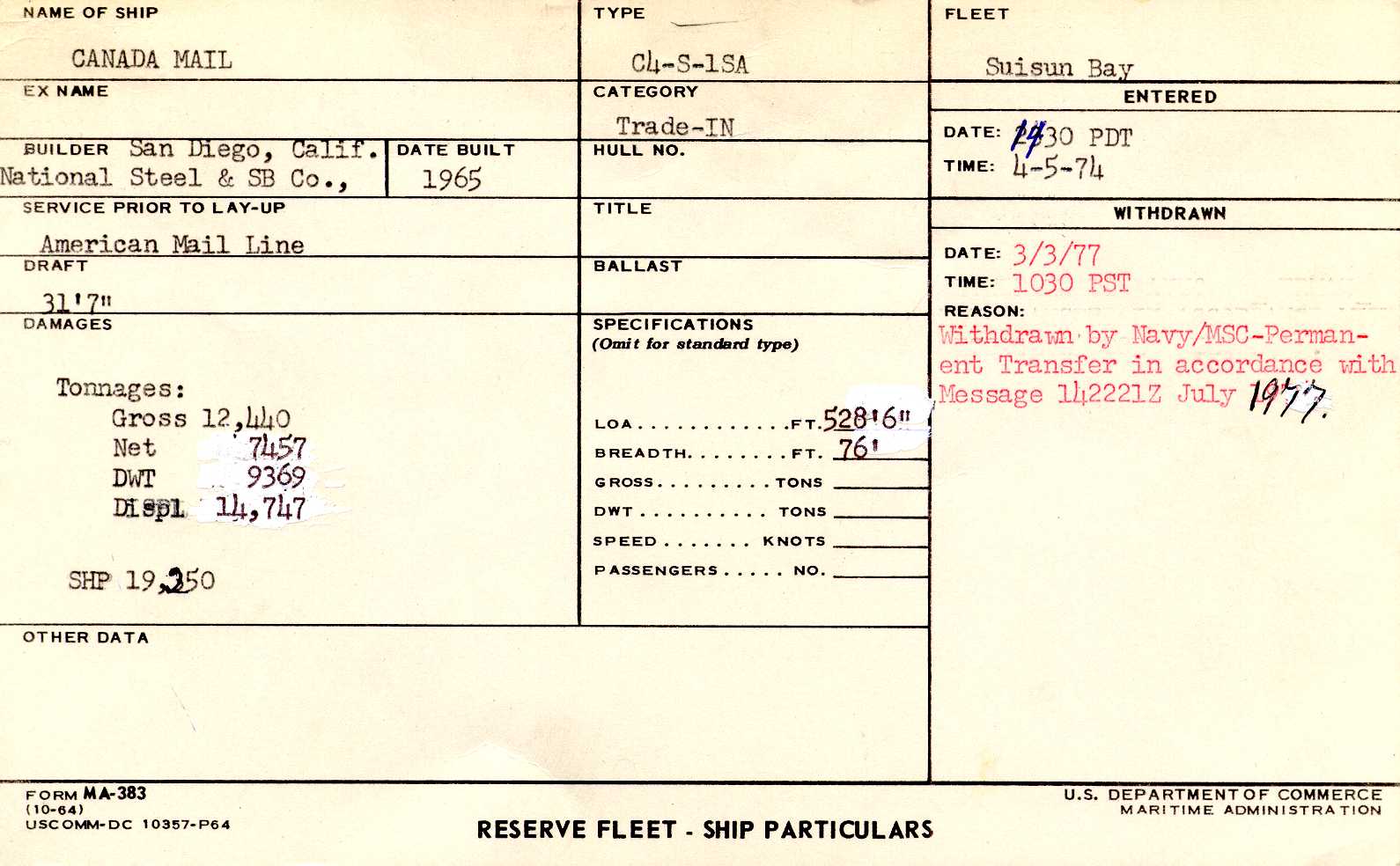 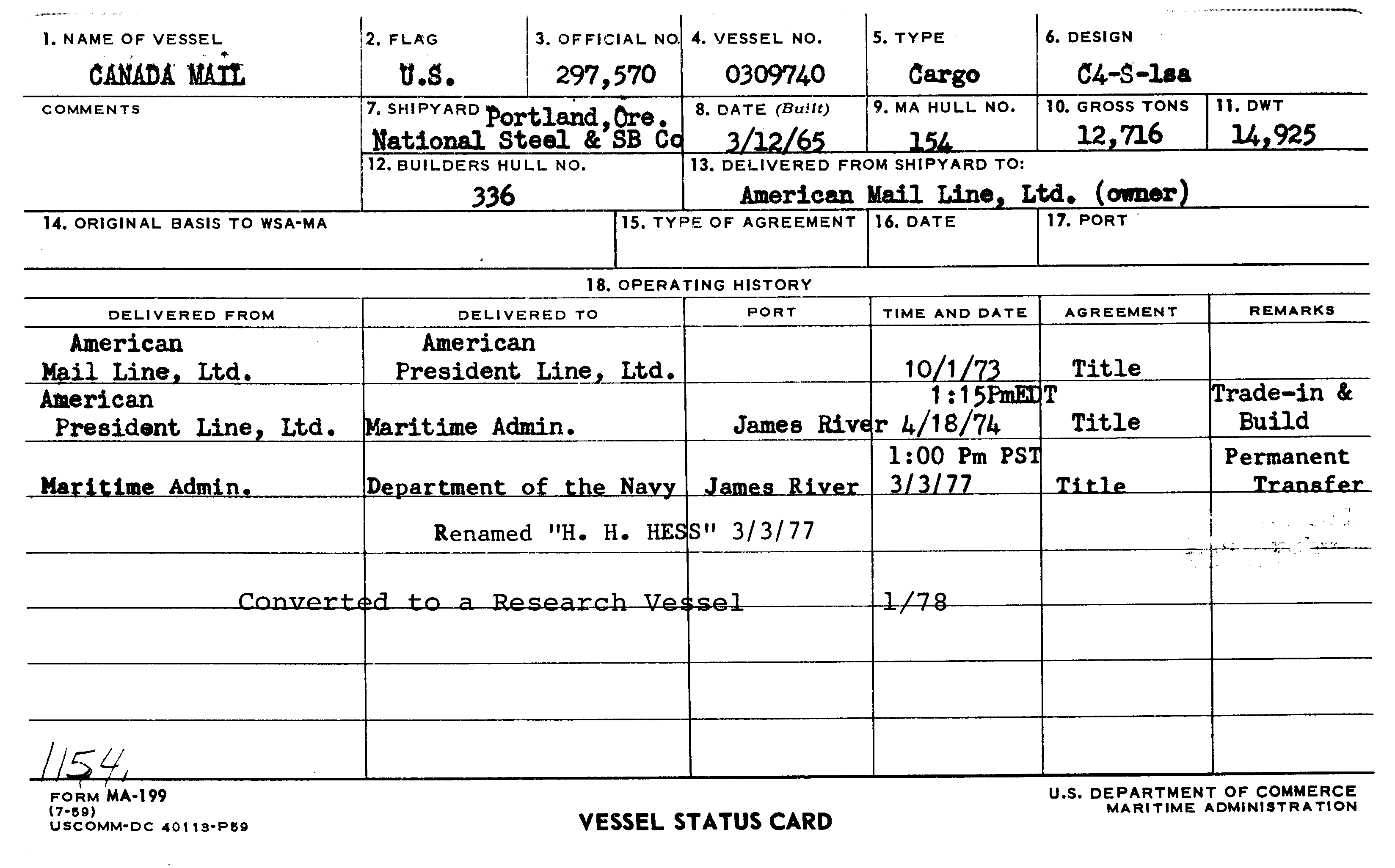