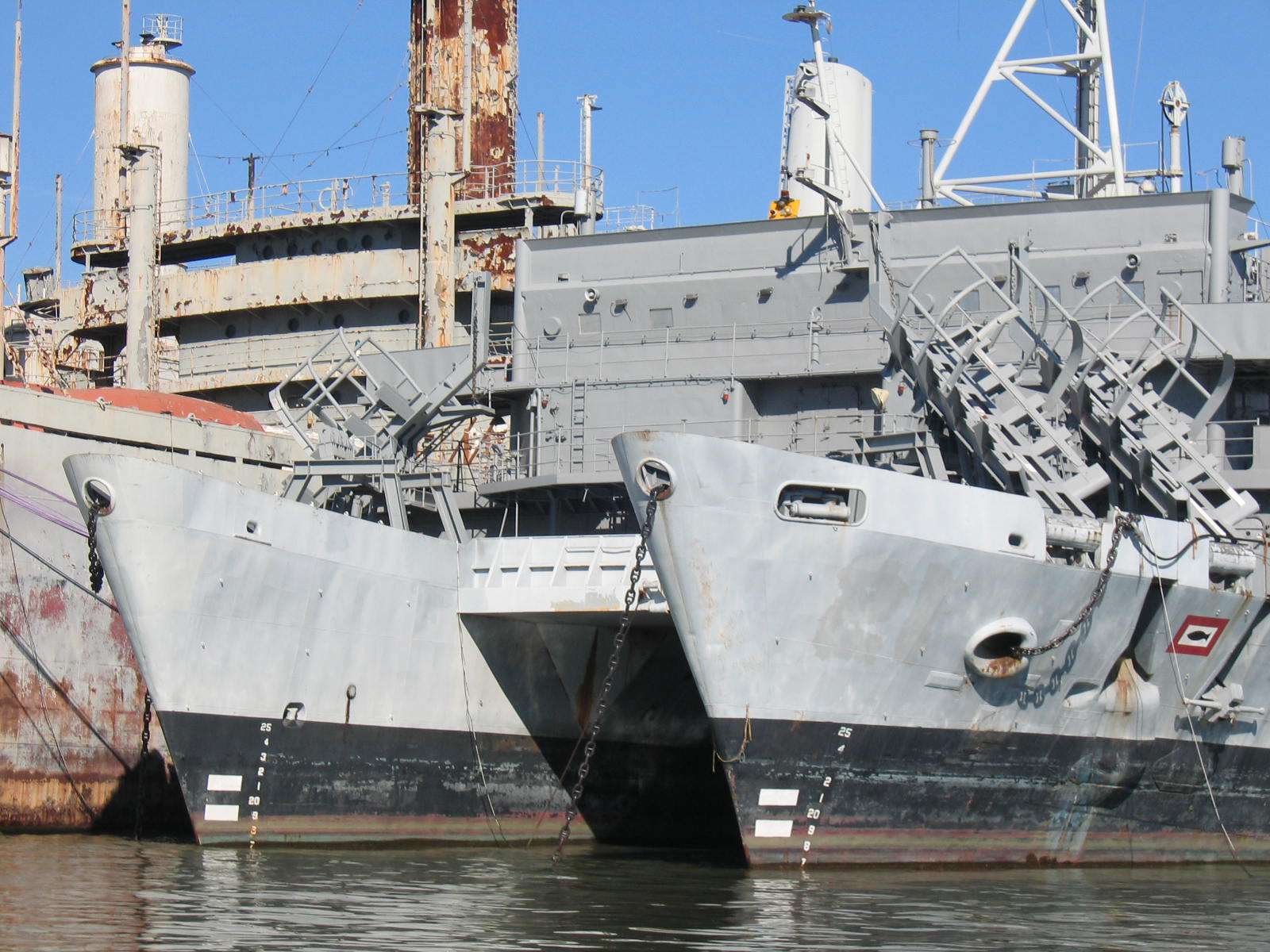 This new class of submarine rescue ships was designed to operate with the Navy's new deep submergence rescue vehicles. The twin hull provided excellent stability for deep water operations and provided generous space for working on deck.   The ship could carry two deep submergence vehicles on its main deck and when necessary, could dock to a disabled submarine on the sea bottom, remove survivors, and transport them to the surface.

Pigeon also carried the McCann diving bell, or rescue chamber, which was used to rescue the survivors of the submarine Squalus (SS-192) in 1939.

Pigeon was decommissioned on August 31, 1992 and entered the Maritime Administration’s Suisun Bay Reserve Fleet on September 4, 1992. The ship was sold for dismantlement and departed the fleet on Januray 9, 2012.

The Maritime Administration completed a National Register of Historic Places eligibility assessment for Pigeon which includes a narrative history of the vessel.  It can be viewed in the Documents section. 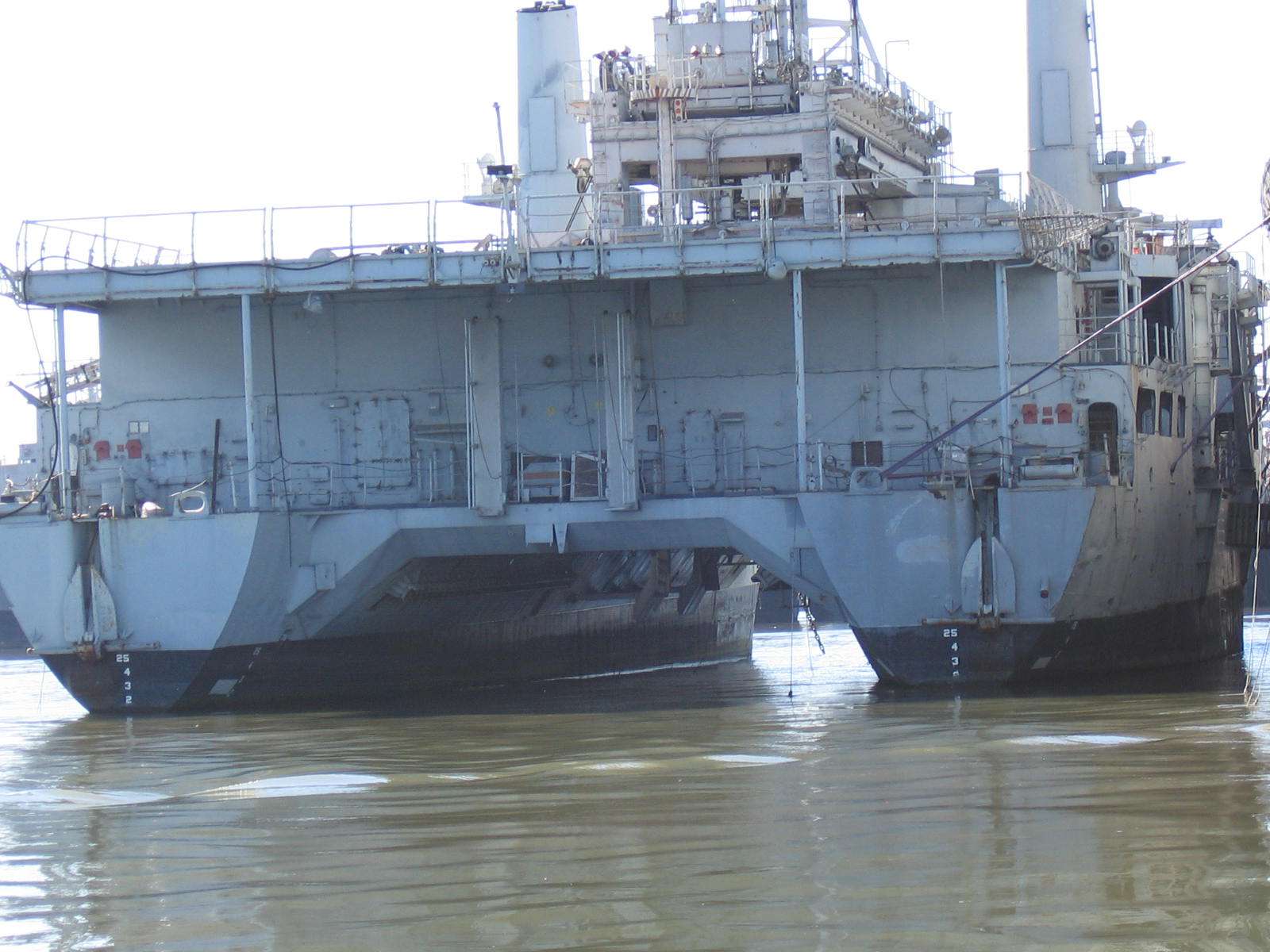 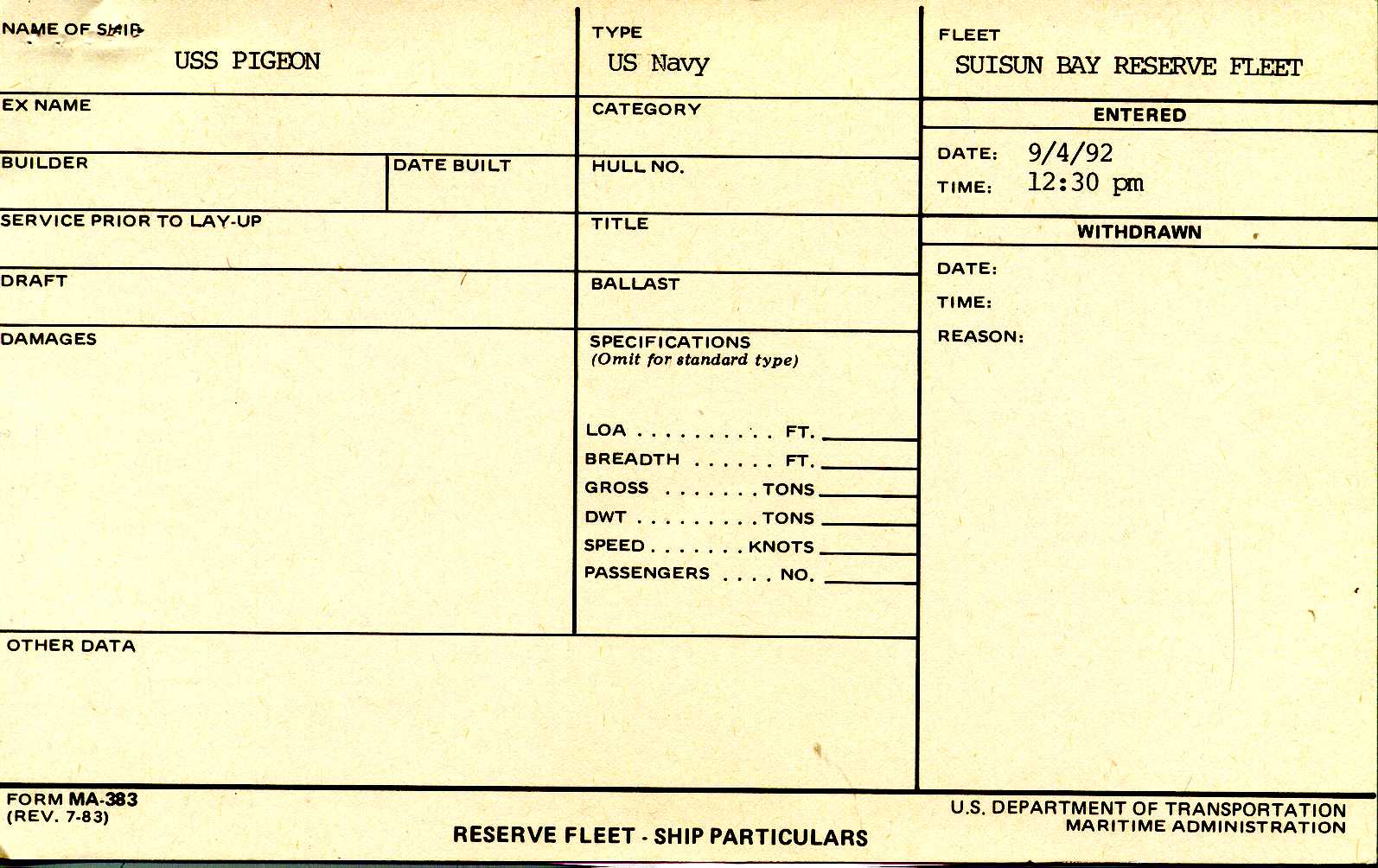 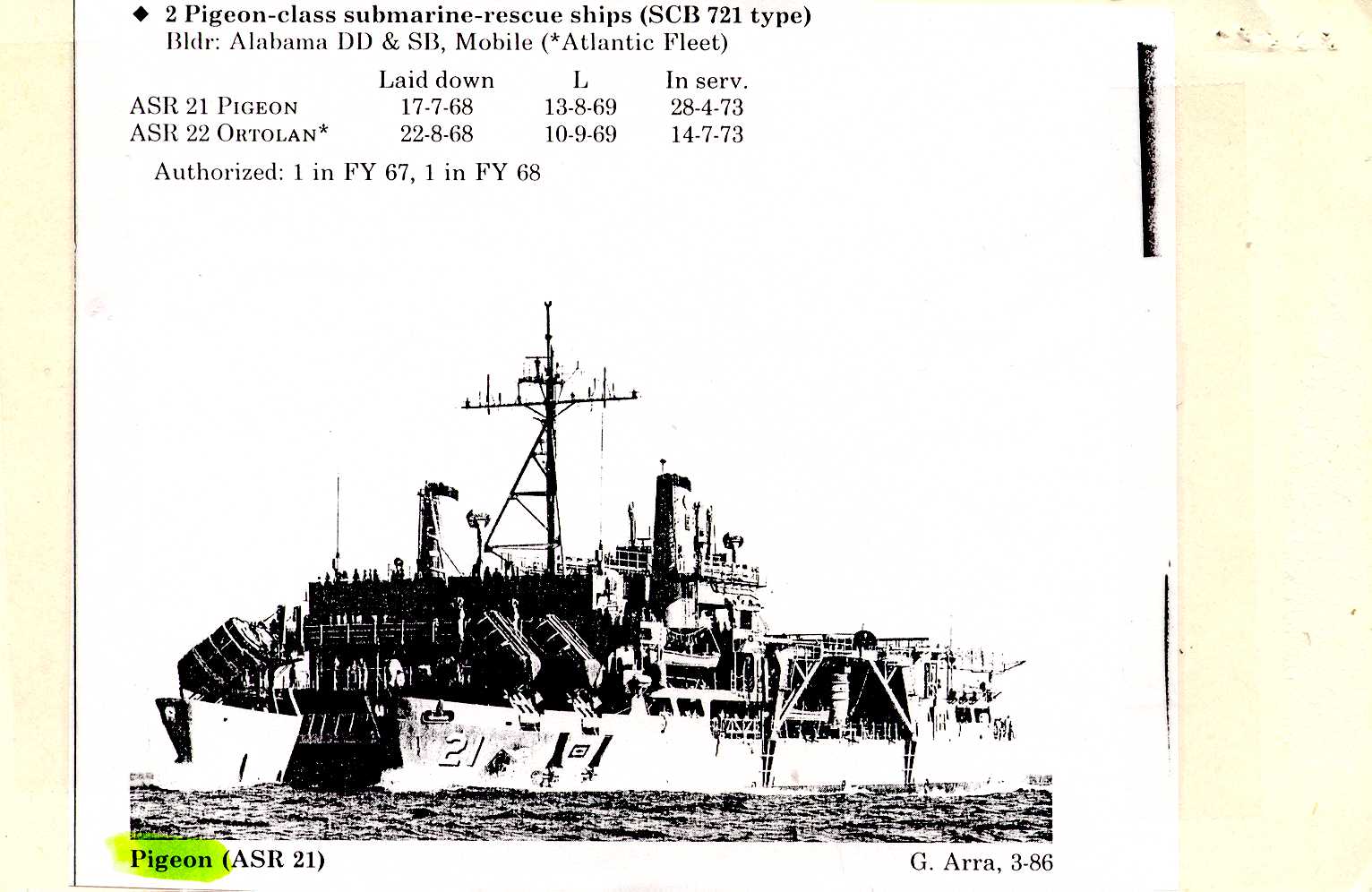 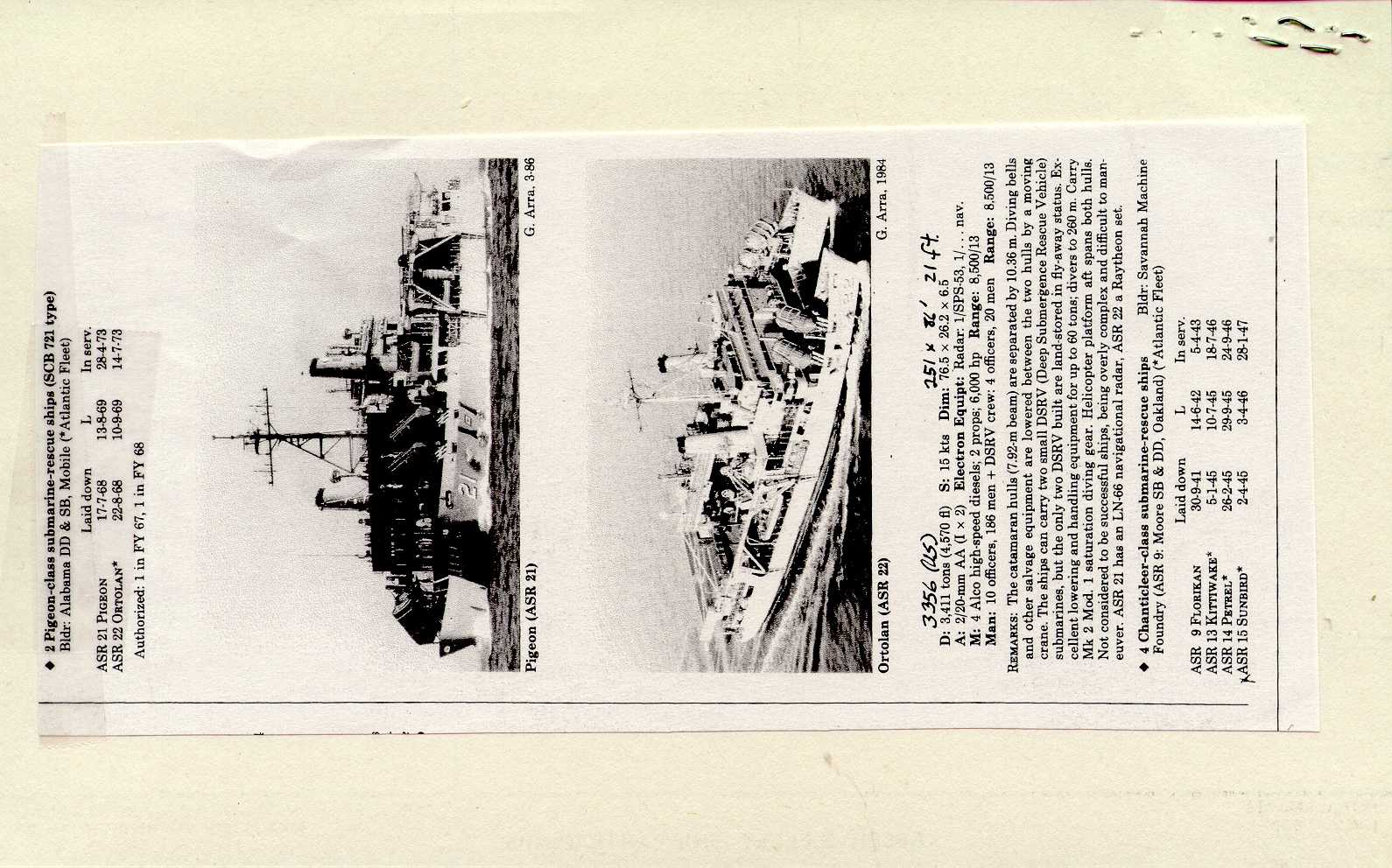