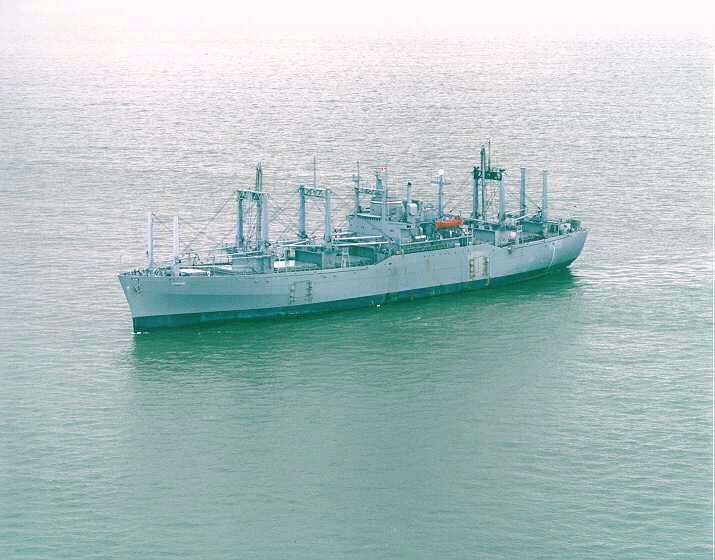 
Affectionately known by the nickname “Mother of All Ro/Ros,” (Ro/Ro, or Roll-on-Roll, off describes how cargo is loaded and unloaded) the former USNS Comet is a vehicle landing ship originally built for the U.S.  Navy. The lone ship of its class, it is named for the luminous astronomical body, and was the fourth U.S. naval vessel to bear the name.  Comet was built at Sun Shipbuilding and Dry Dock Company of Chester, Pennsylvania and was delivered in January 1958. The Comet is considered to be the first purpose-built oceangoing “Roll On/Roll Off” vessel. The Comet operated as part of the common user fleet of the Military Sea Transportation Service (MSTS), later Military Sealift Command (MSC). It was a notable participant in the U.S. response to the Lebanon Crisis in 1958.

In October 1961 Defense Secretary Robert McNamara projected that construction of five Comet -class Ro/Ro ships would begin in fiscal year 1963.  Although the full program did not come to pass, Comet’s military capabilities eventually came to revolutionize defense sealift, with large squadrons of multi-purpose Ro/Ro vessels dominating the MSC fleet by the latter half of the 1990s. An enlarged sisterly vessel, the Sea Lift (later renamed Meteor) was delivered to MSTS in 1967.

Comet was among a number of MSC cargo vessels assigned to the Ready Reserve Force (RRF) in Fiscal Year 1984, with administrative control transferred to the Maritime Administration.  Full title transfer came in the early 1990s.  Comet was stationed in the San Francisco Bay area and participated in numerous RRF exercises, and in the major deployment for Operations DESERT SHIELD/DESERT STORM.  Comet’s last service was for Operation IRAQI FREDOM in 2003. Upon its return from this service, the Comet was placed in a reduced operating status in Alameda, California.  It was downgraded from RRF status in 2006 and laid-up in the Suisun Bay Reserve Fleet. MARAD contracted with All Star Metals, LLC for disposal on May 26, 2016.

Visit the USNS Comet in this 360-degree photographic tour, featuring 43 panoramic images of locations throughout the vessel.

The National Park Service completed a HAER Survey for USNS Comet, which can be viewed in the Documents section. 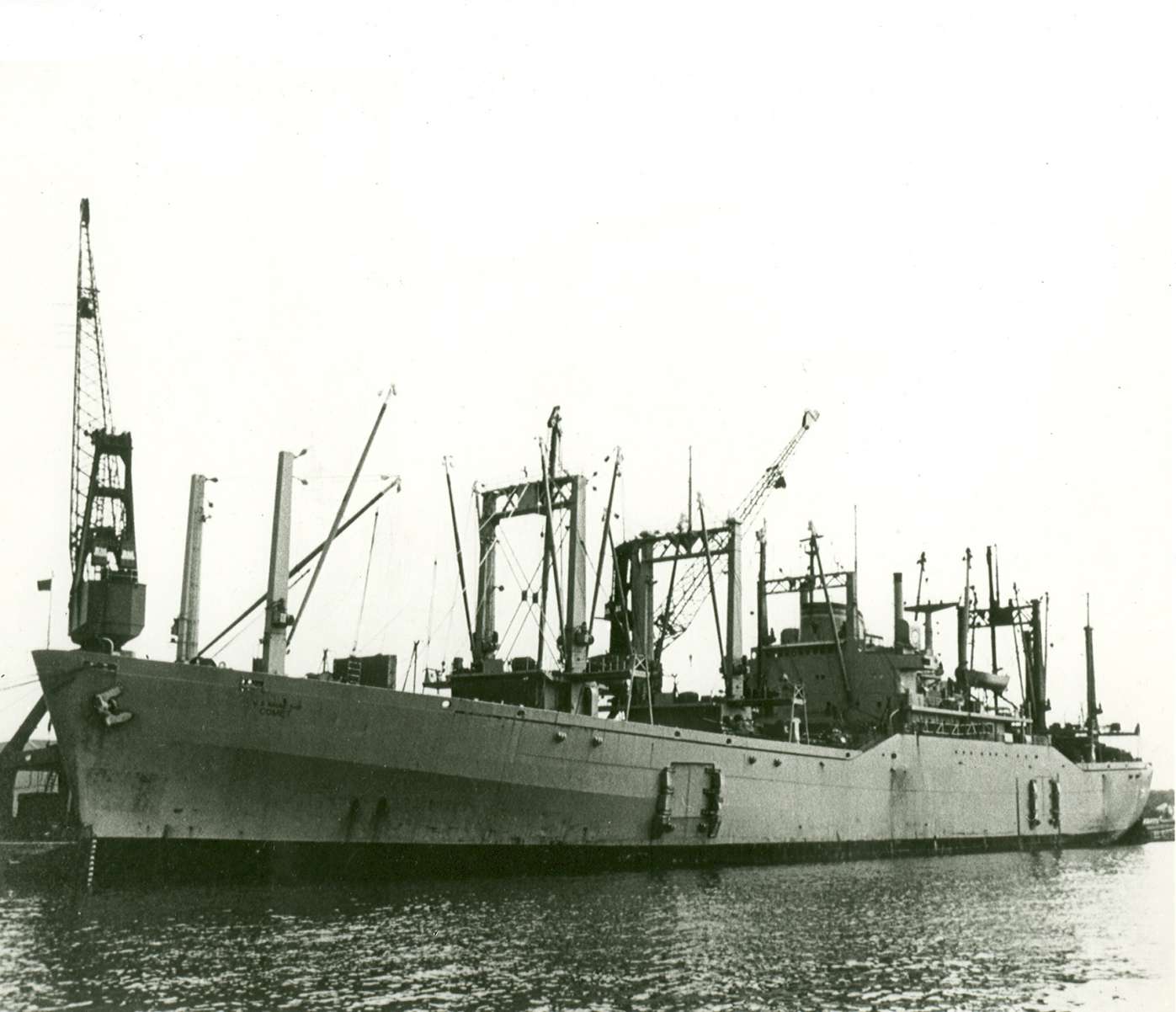 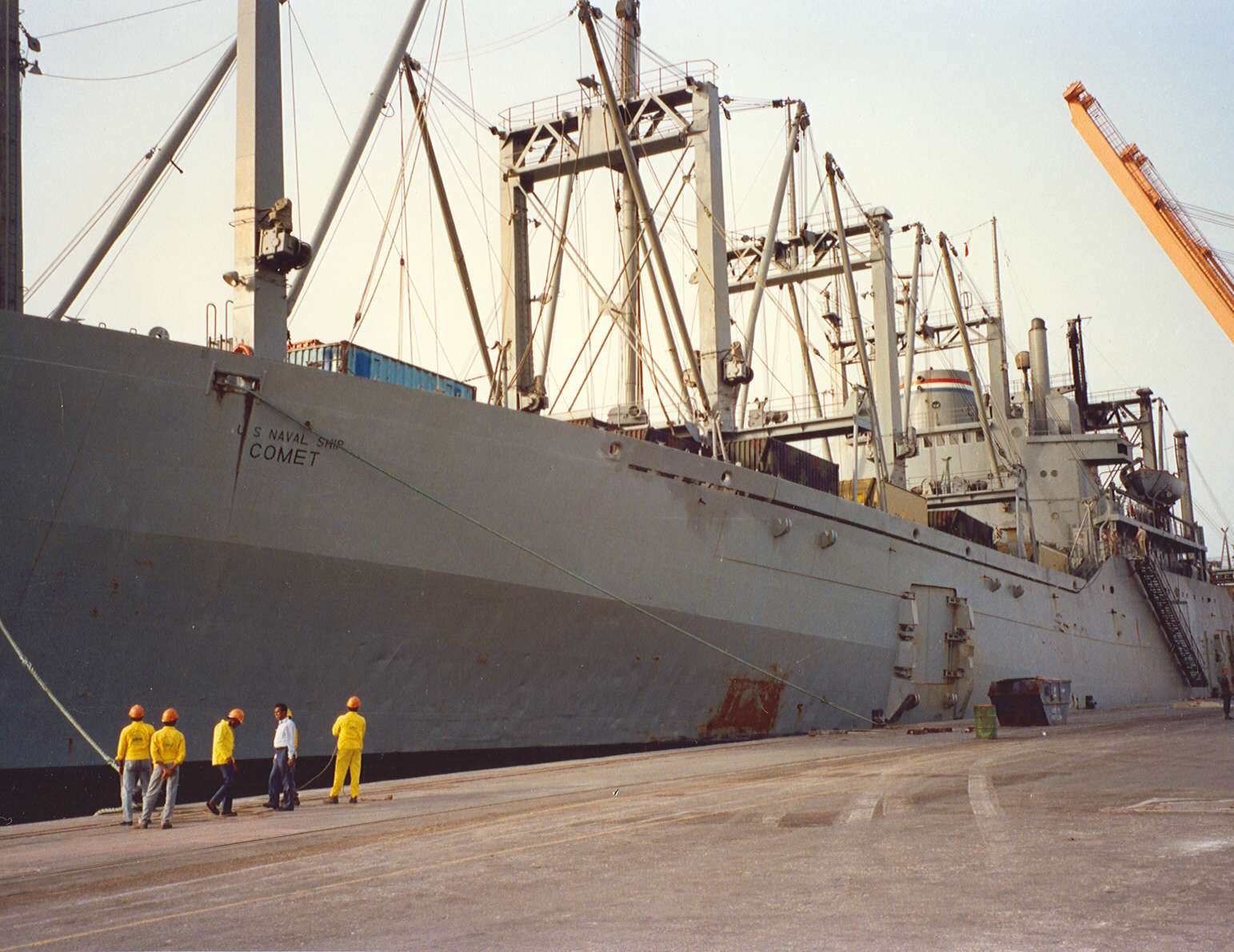 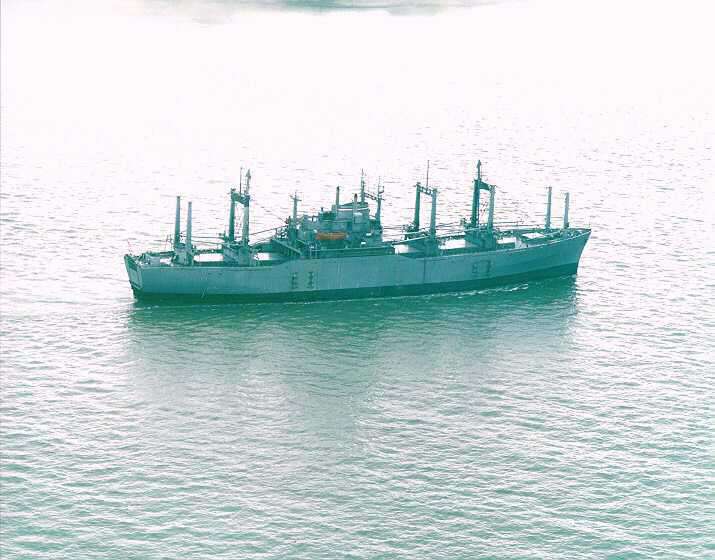 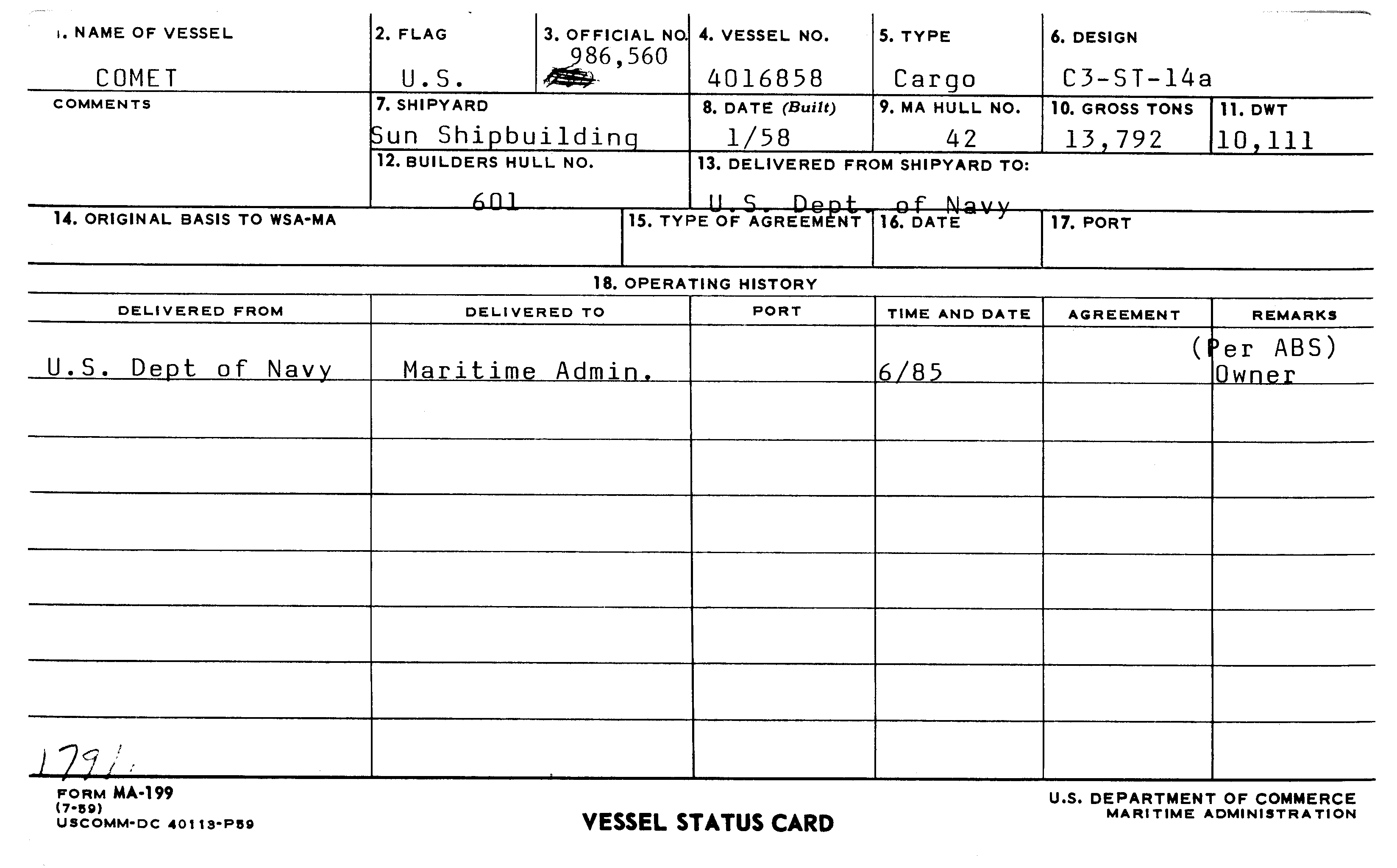 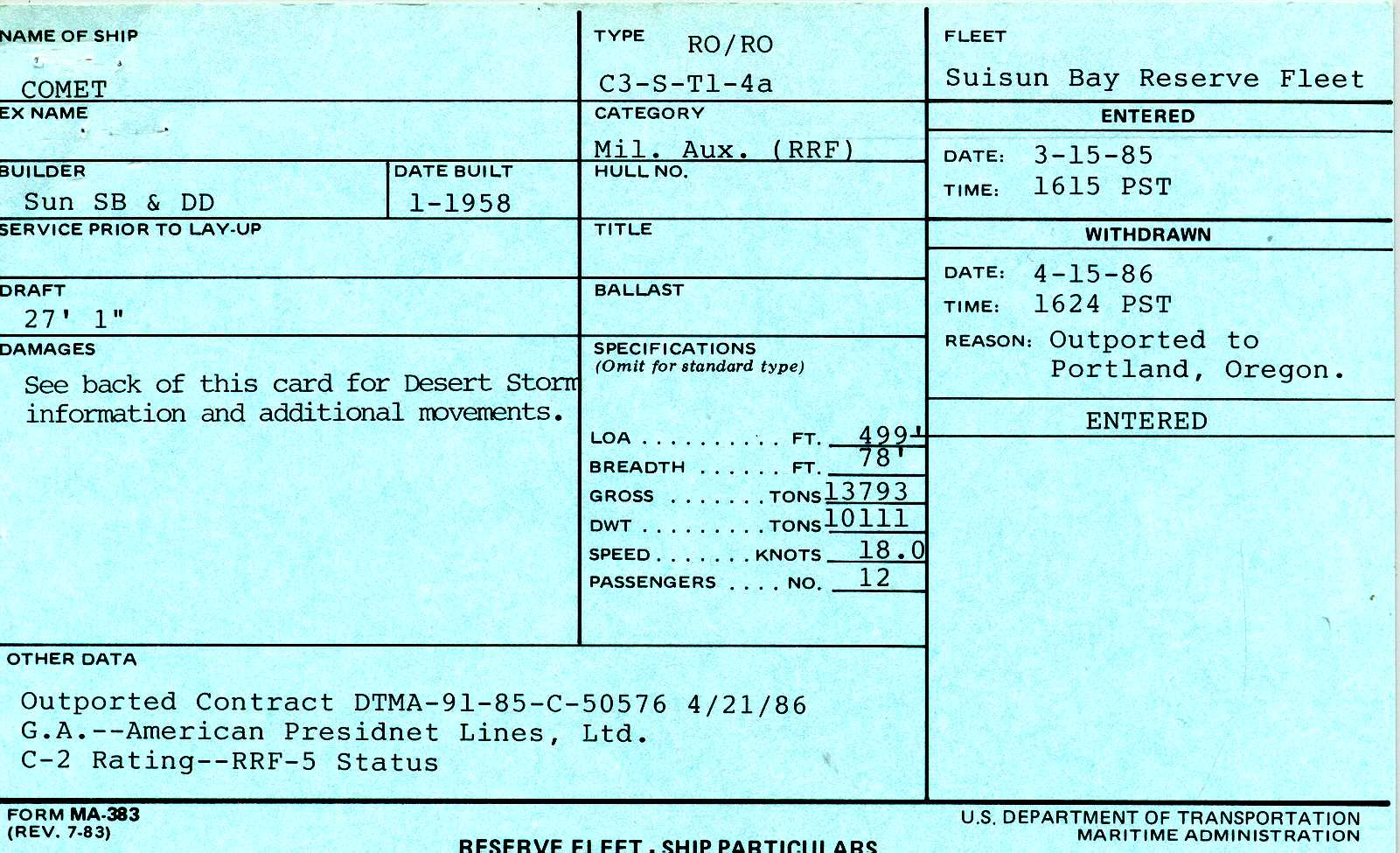 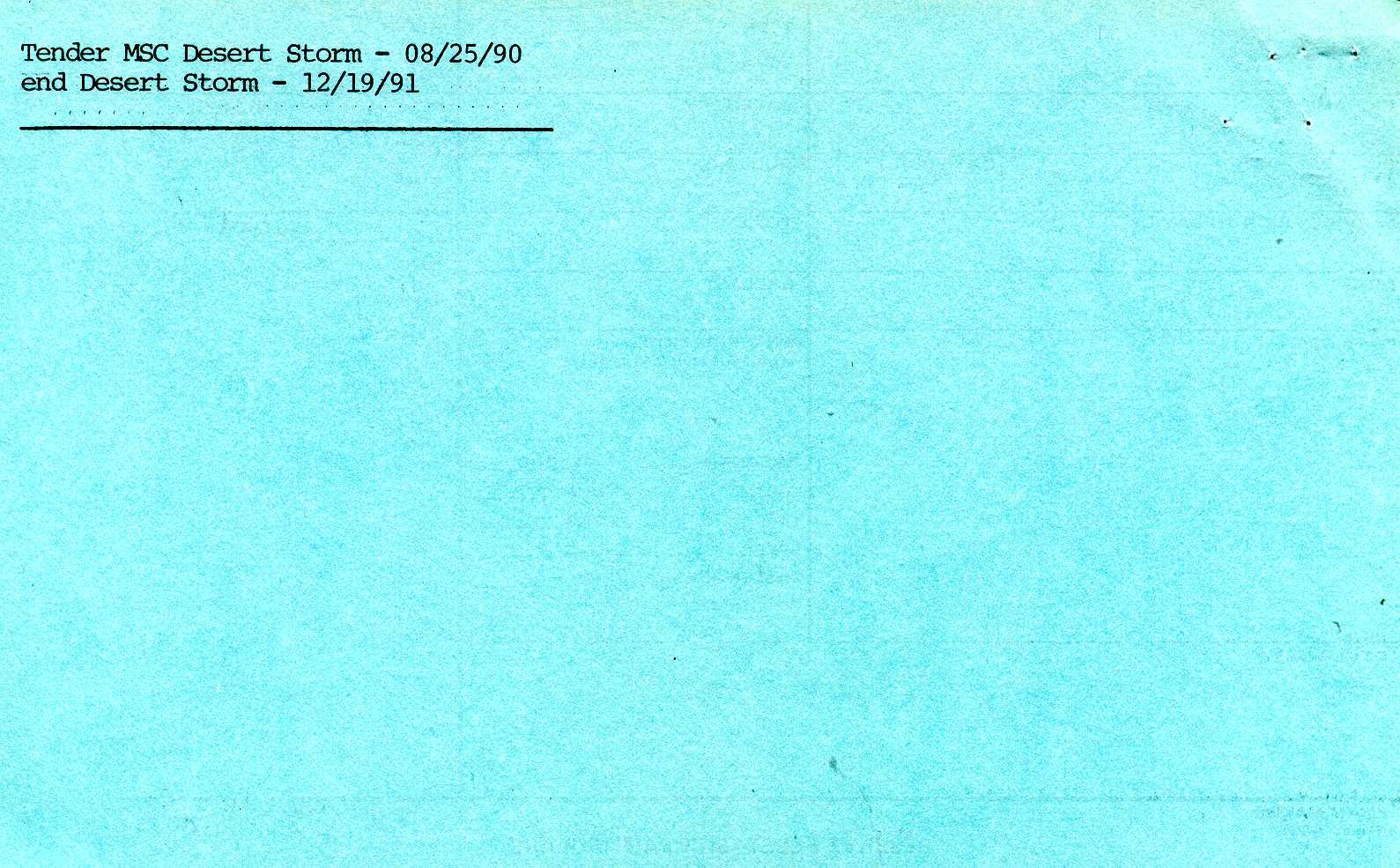 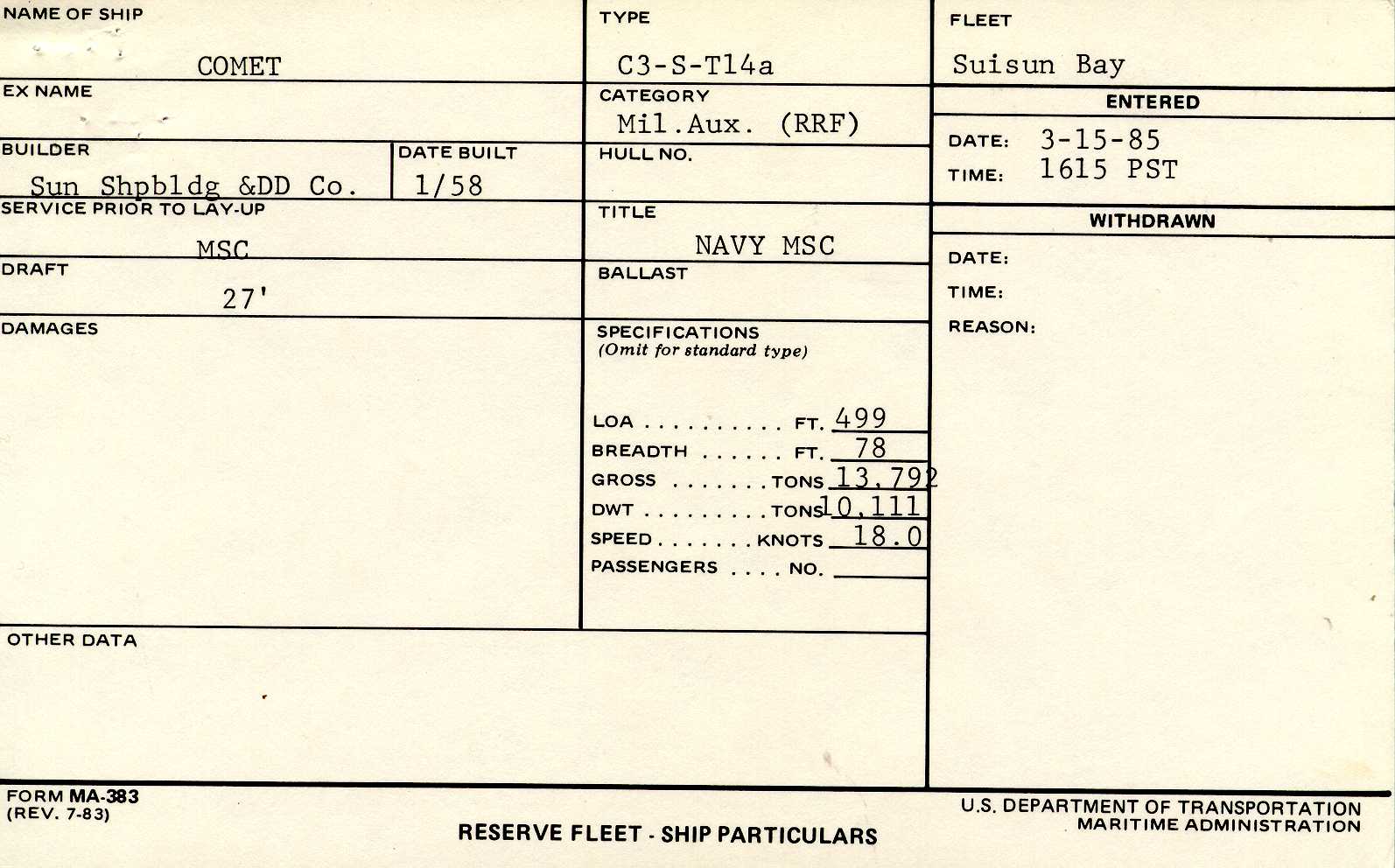 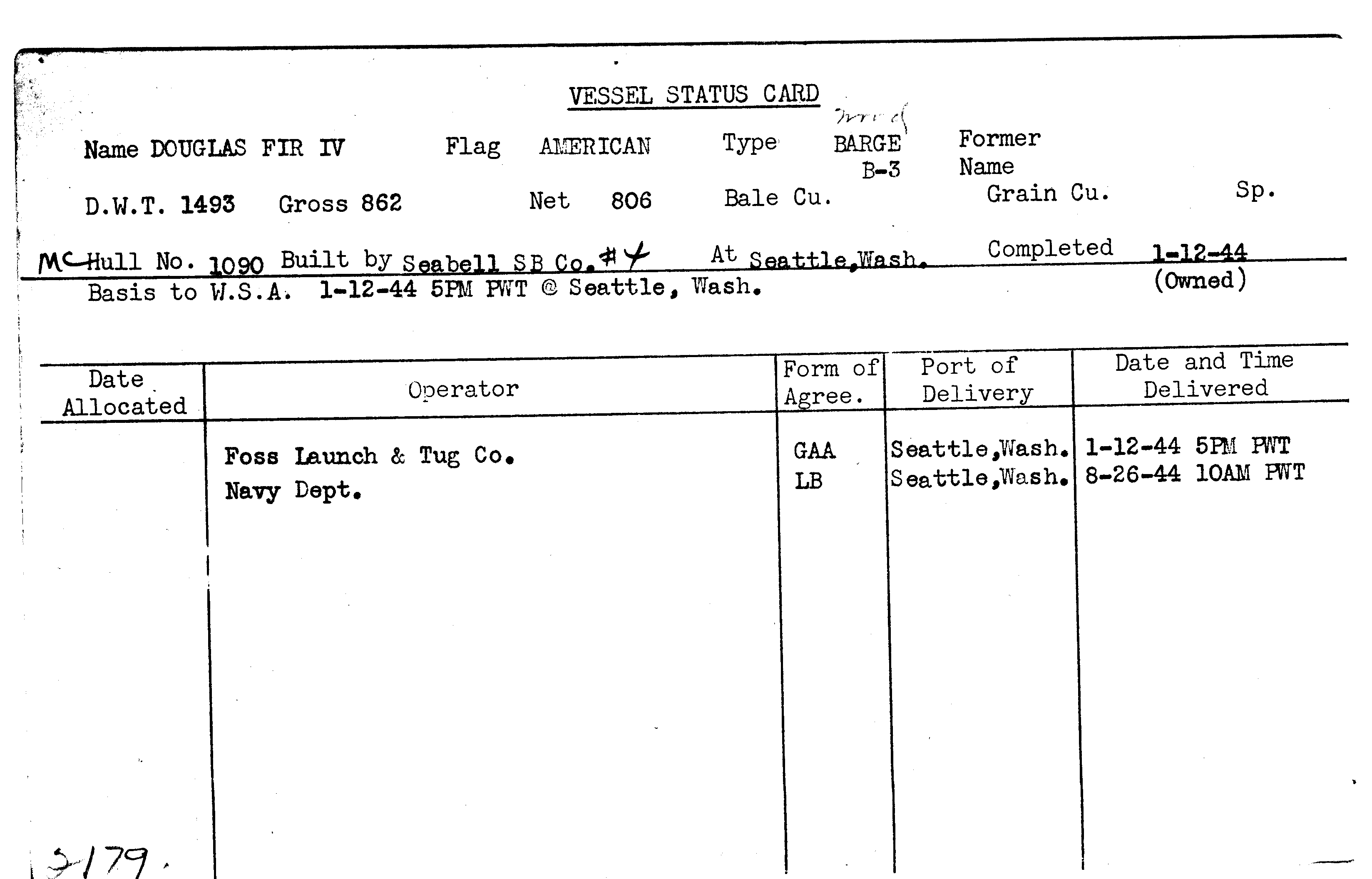