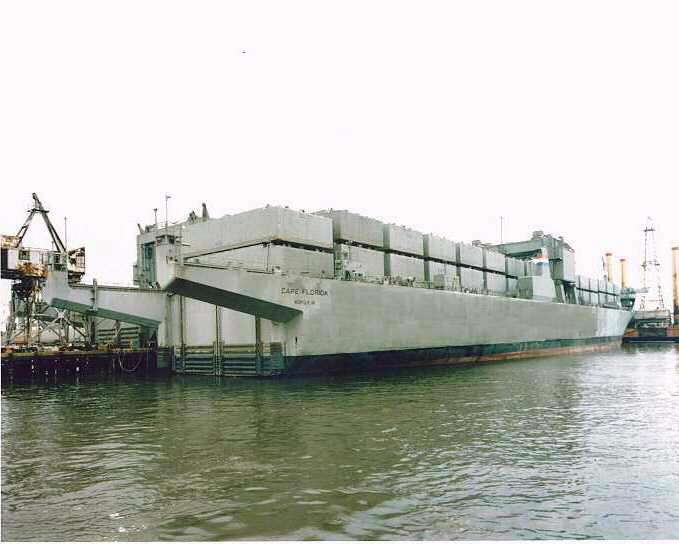 Lighters are flat-bottomed barges.  The LASH system refers to the practice of loading cargo onto barges, which are then floated to and from a mother ship. This allows loading and unloading of containerized cargo off-shore.  LASH barge carriers are equipped with a stern crane that lifts lighters aboard the vessel, where they can be stacked and stowed on deck.  LASH barges are smaller and lighter than their counterparts, SEABEE barges.

The Maritime Administration purchased Delta Caribe on May 8, 1986; the vessel was placed in the Ready Reserve Force (RRF) on February 17, 1987 and renamed SS Cape Florida.

The Navy activated Cape Florida during Operations DESERT SHIELD/DESERT STORM from October 18, 1990 until November 20, 1991.  After being delayed by mechanical difficulties, the vessel sailed with cargo in early December 1990, first to Port Said, Egypt and then to Dammam, Saudi Arabia.  In April 1991, Cape Florida departed Dammam for Newport, United Kingdom and also called in Bremerhaven, Germany.  The vessel returned to Dammam in July 1991 before returning to the U.S. that fall to discharge its barges in Galveston, Texas and New Orleans, Louisiana .

The Navy activated Cape Florida for the last time for Operation IRAQI FREEDOM, in which it operated from October 14, 2004 until January 7, 2005.

The Maritime Administration downgraded Cape Florida and removed it from the RRF on July 31, 2006.  The vessel is currently classified as retention for emergency sealift purposes. 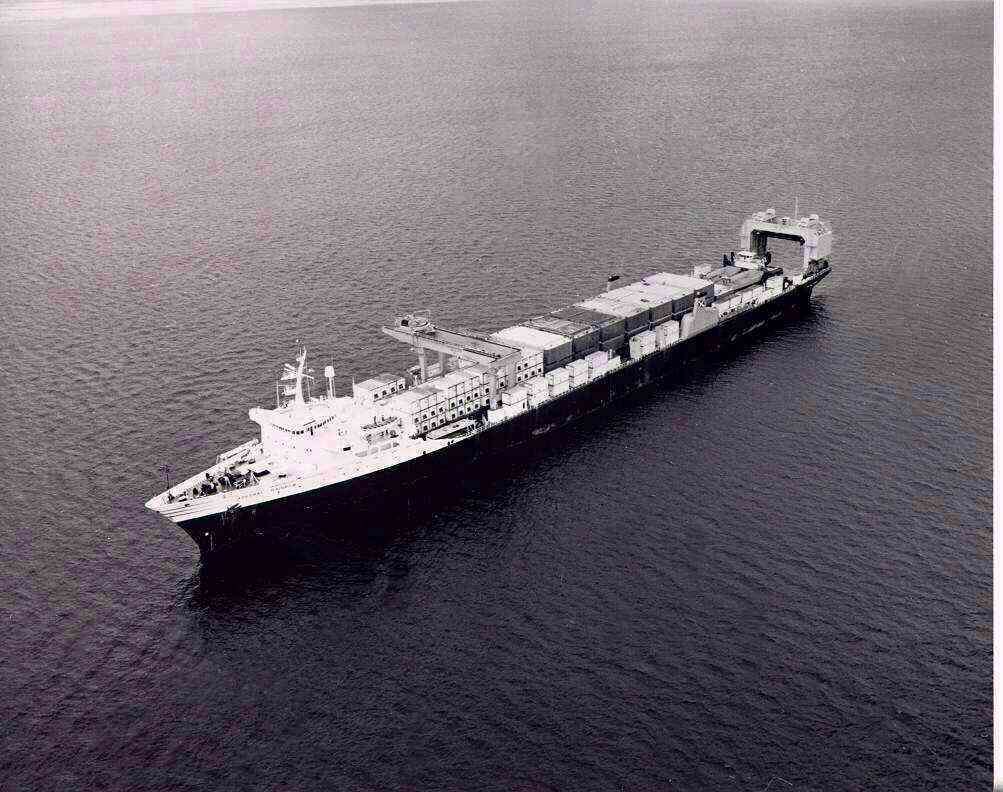 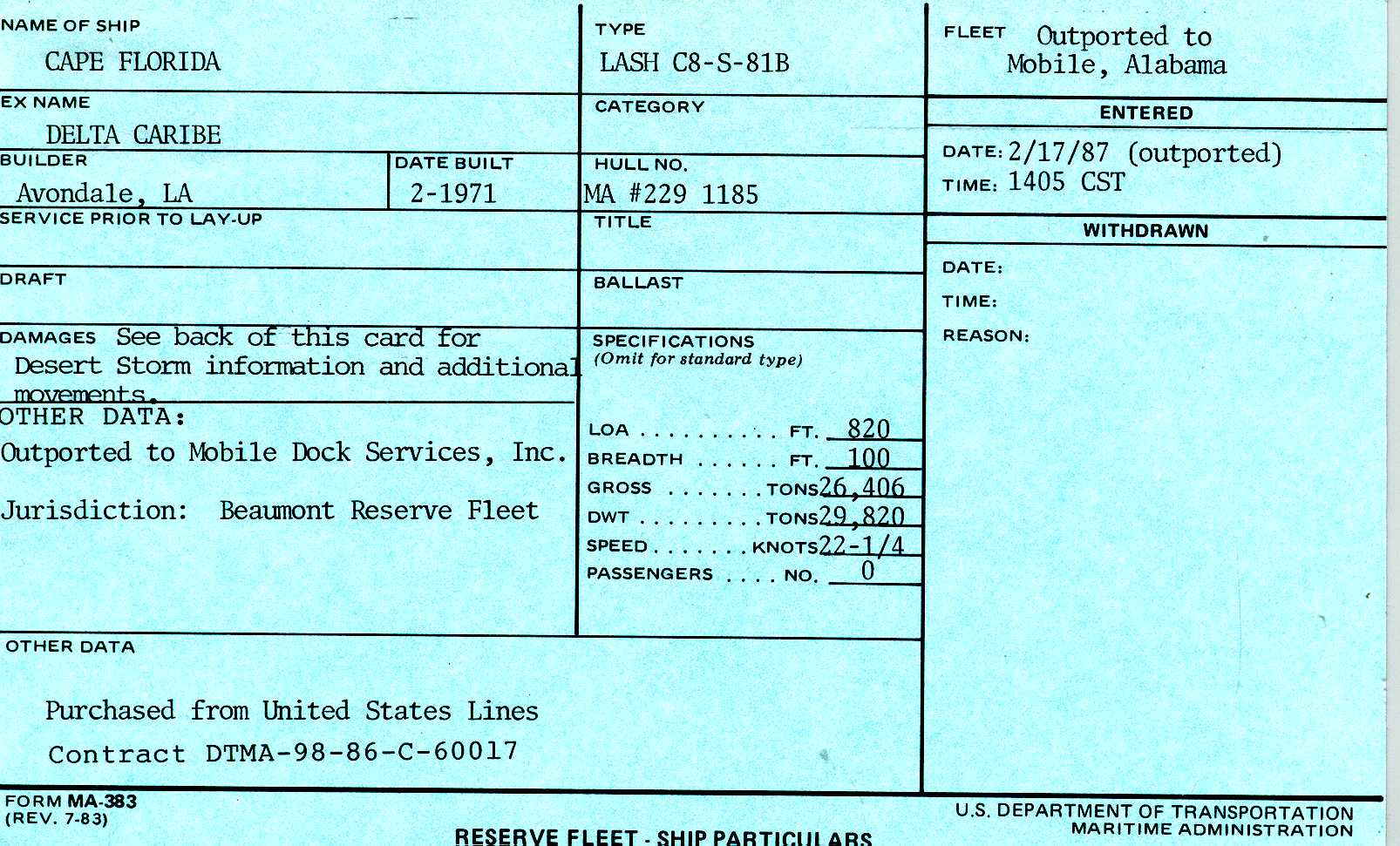 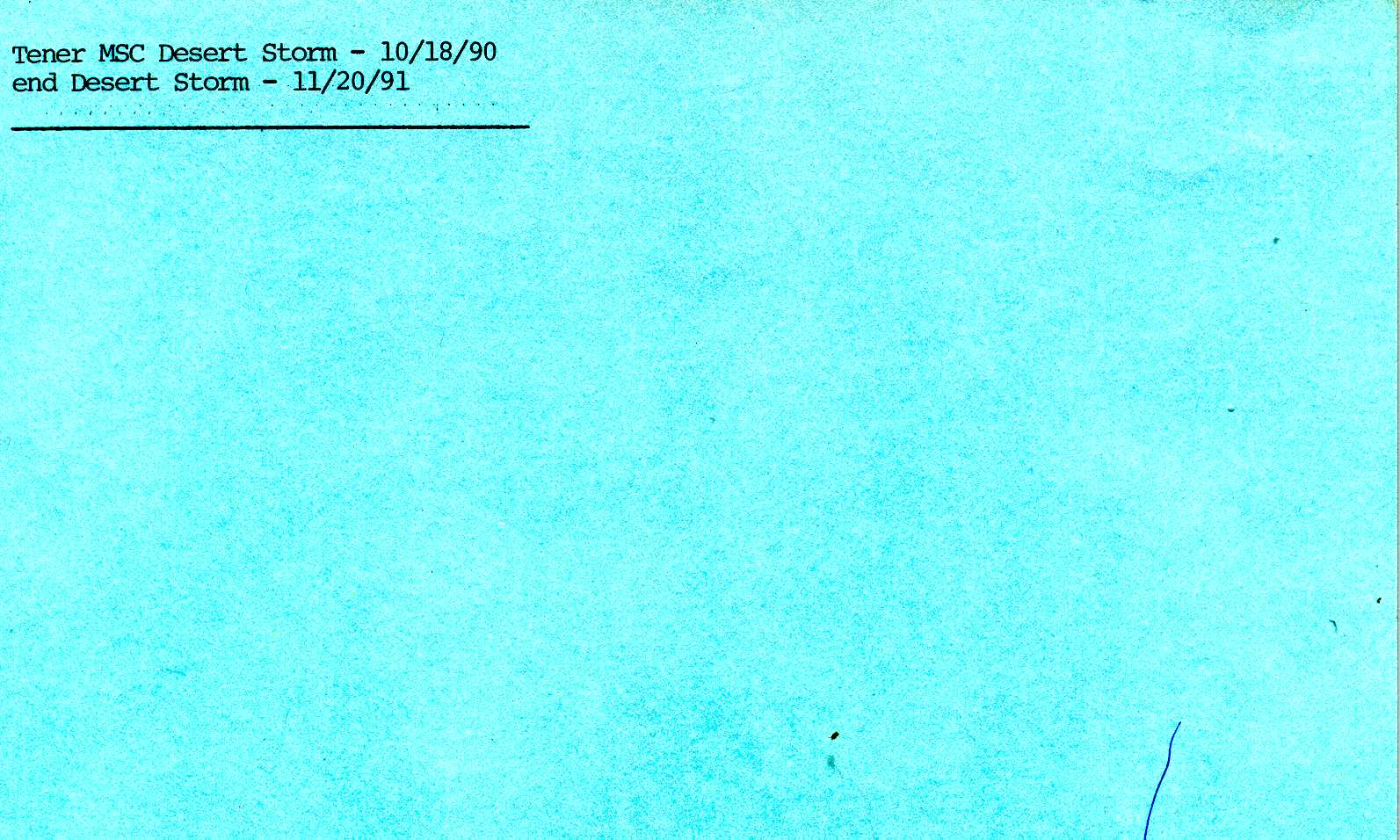 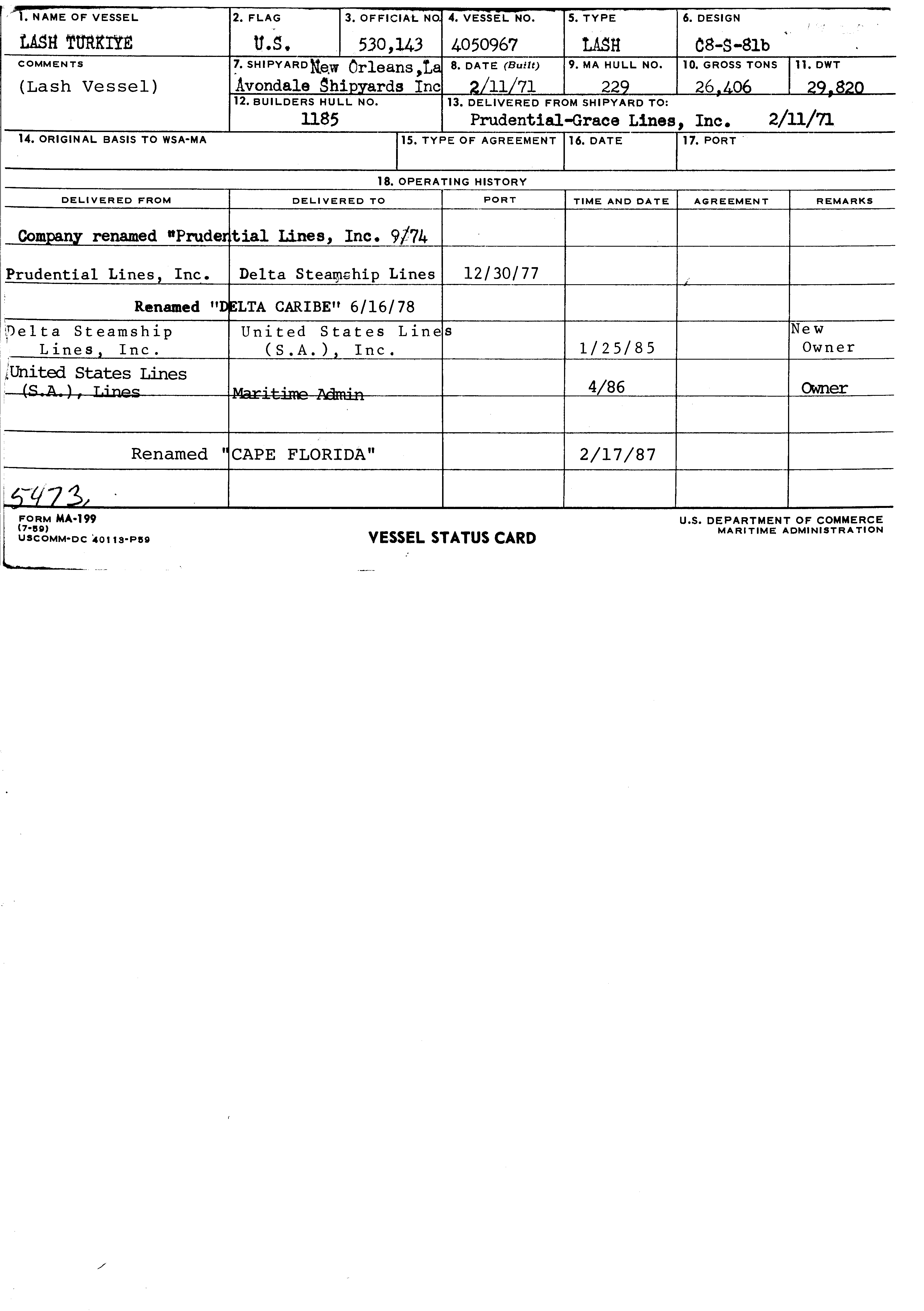